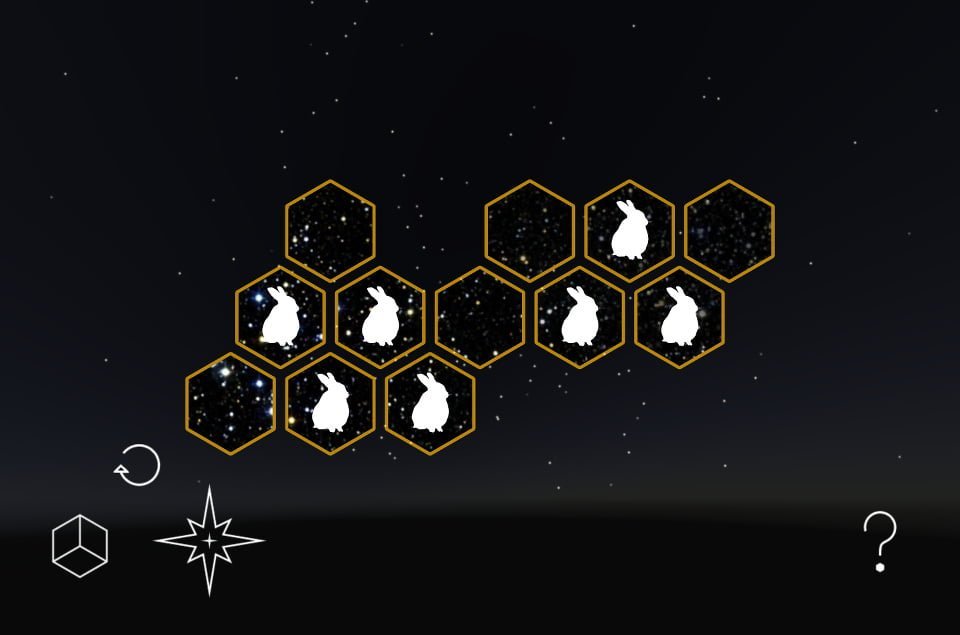 Cosmic Hare by SGDA member Simon Broggi from studio Insert Coin has been released for iOS and Android. The puzzle game is a brain teaser which is simple in principle, but can get difficult in practice. Players need to eliminate all hares in each level by hopping over them with the first hare they start with. In later levels three dimensional playing fields make the hunt harder, while there are also enemies that need to be avoided. Cosmic Hare is suited for players of all ages and is a fun diversion which also tickles the brain cells.

Get Cosmic Hare now on iOS or Android!