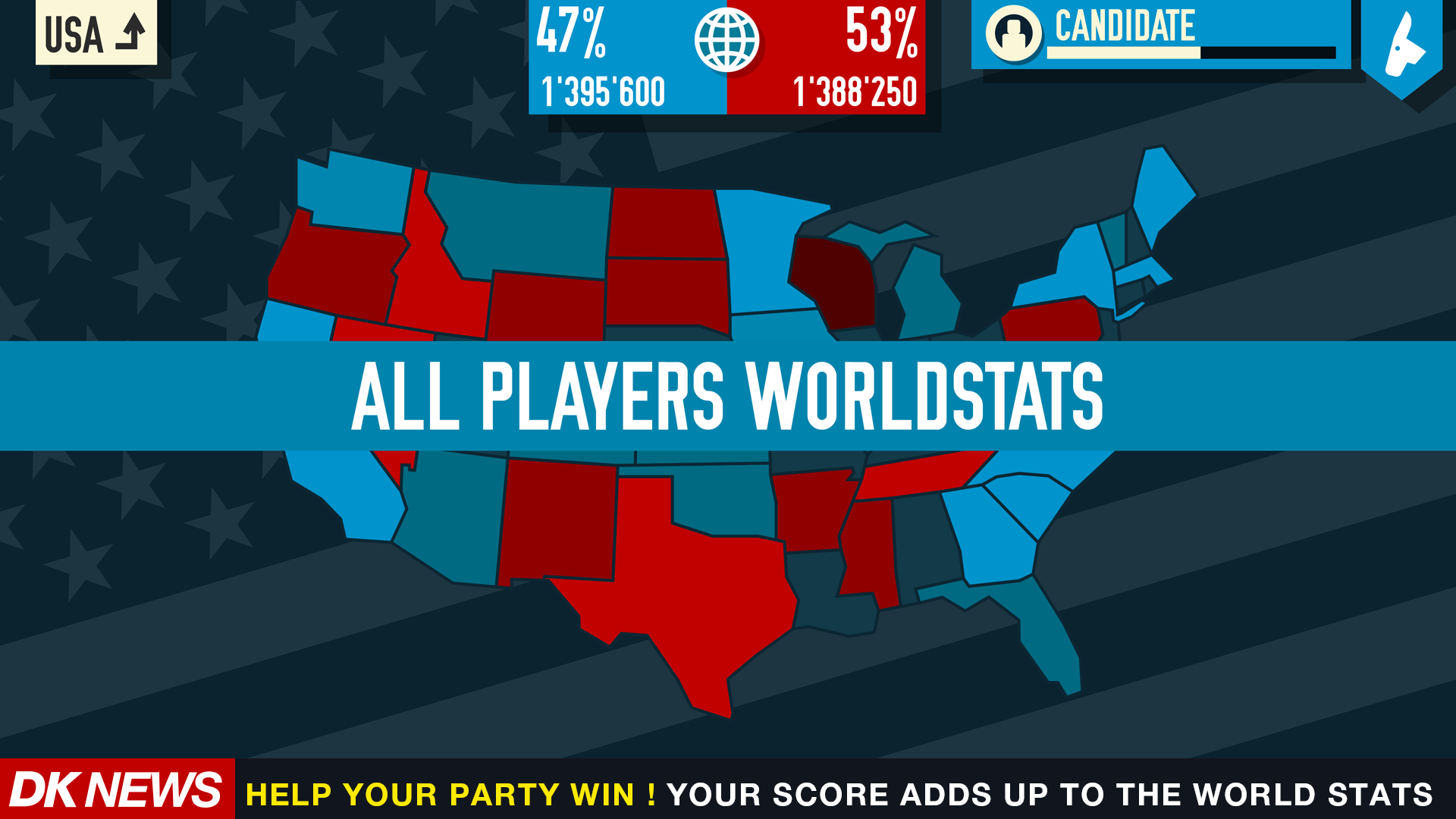 What do Swiss game developers have to do with the presidential election in the United States of America? Well, quite a lot, as it turns out. SGDA members Digital Kingdom have released a game titled Vote for Me which tasks the player to choose a side – either Democrat or Republican – and to take the United States by storm with an electoral campaign which among other things involves getting famous friends, buy private funds or super PAC, and cheat the election to finally rule the world. Because according to the developers: influence gets you far… very far! The game is now available for Android or iOS and can be played for free. Try it out!