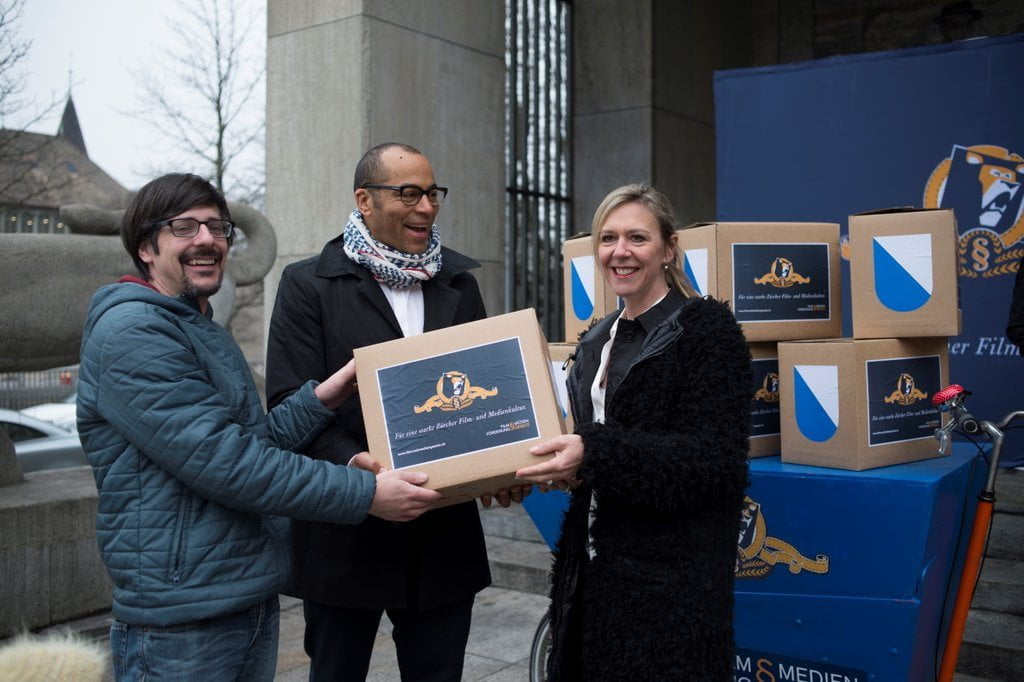 After we announced the pioneering initiative last year, we are proud to report that Switzerland’s first initiative to support games on a political and legal level will finally be up for vote in the canton of Zurich. The Representatives of the SGDA and our partner ZFF (Zürich für den Film) have handed over 9’000 collected signatures to the authorities. The citizens of Zurich will now be tasked to vote about a new law that will include support for games. Over six months the SGDA and ZFF have collected 3’000 signatures more than the 6’000 required. This is a great success and shows that games deserve support as the emerging digital medium of the 21st century. We’ll keep you posted as soon as the campaign starts.