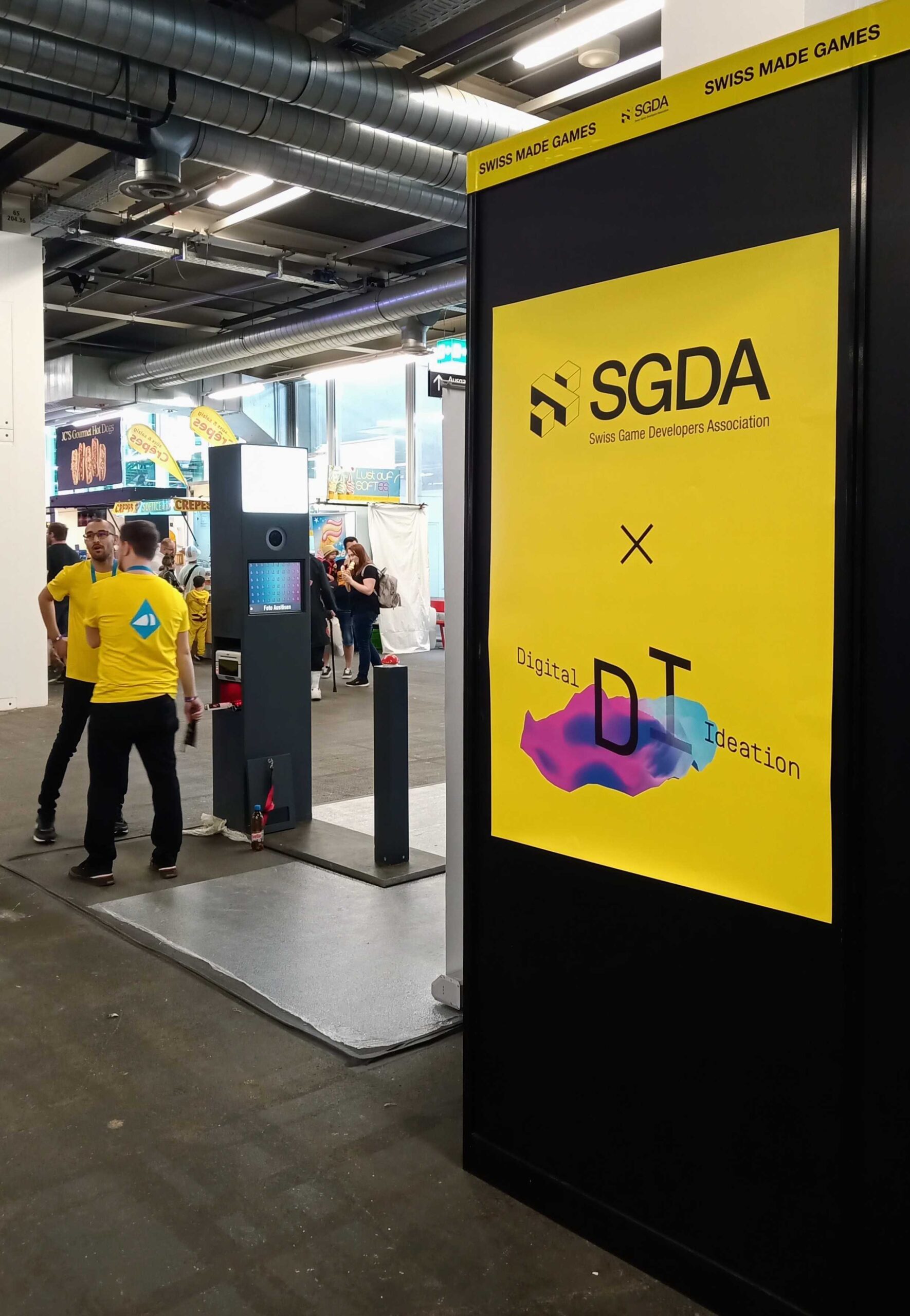 The SGDA offered its members the opportunity to present their games to a broad audience at Fantasy Basel. Twelve studios and the Lucerne University of Applied Sciences and Arts (HSLU) took the chance to get in touch with the players of their games.

The SGDA traditionally invites its members to present their new games during the Fantasy Basel. The Fantasy Basel is a great gathering of comic, fantasy and game fanatics in the tri-national region of Basel. This year’s edition of Fantasy Basel attracted a record-high of 62’000 visitors over three days.

The SGDA again participated in the festival with its own stand in the festival’s gaming zone. Each of the twelve participating studios got its own booth to present its games. The studios present were: Fusion.Robot, Marco Burri, Kihu Games, Hobo Cat Games, Team Hangry, Stelex Software, Team Kwakwa, Nifty Productions AG, Ninoko, Dama Dama Games, Lululu Entertainment, and Styles Studio. The studios seized this opportunity to present their games to a wider audience and receive valuable feedback that helps further develop their projects.

In addition, the Department of Digital Ideation of the Lucerne University of Applied Sciences and Arts (HSLU) was present at the stand of the SGDA as well. Their booth was entirely managed by their students and provided first-hand insight to youngsters and their parents about the curriculum of game development.

Fellow game devs may wonder what it was like to present a game or ongoing project to many people. Luckily, we could chat with Frédéric Cottier of Dama Dama Games, an indie game studio whose first video game, Tavernacle! is slated for release in 2023.

Dama Dama Games knew of SGDA as a great resource to give and receive help from other game developers. They have access to the growing network and services of SGDA. One of the services included a chance to present their games at SGDA’s space in Fantasy Basel 2022. Cottier shares his experience with us.

SGDA: Can you tell us more about Dama Dama Games?

Frédéric Cottier: Dama Dama Games is based in Lausanne, and we’re a team of five. We knew each other from other events and decided to work together. By the way, the name Dama Dama is the Latin name of a common European deer.

SGDA: How has marketing your game and reaching the public been as a small studio?

FC: Building awareness for our project is a huge challenge. I discovered Twitter because I felt it was necessary for a game studio. We’ve also used different resources to learn how to raise awareness. We took courses and attended coaching sessions, but it’s still a work in progress.

SGDA: What convinced you to become a member of SGDA?

FC: We met several people within SGDA and heard that it was a great resource to get and provide help for other developers. The timing was perfect because we wanted to attend Fantasy Basel, so it was the perfect opportunity to join.

SGDA: Speaking of Fantasy Basel, how was it?

FC: It was huge! Fantasy Basel was great, and there was a very cool atmosphere and vibe. We felt extremely lucky to be there. We have an intense week behind us because we attended Stunfest prior to Fantasy Basel. Luckily, SGDA provided basically everything, so it was pretty much plug-and-play. That was very convenient.

SGDA: You guys got the premium booth for Tavernacle!, right?

FC: Initially, what sold us on a premium booth was the large screen that’s needed for a multiplayer cooperative game like ours. The unintended consequence was that it drew more traffic to our booth. People were watching other people playing. The large screen in our booth gave a greater gaming experience for split-screen playing and also a better viewing experience for the audience.

While we look back on the Fantasy Basel, the Zurich Pop Con & Game Show preparations are already in full swing. The SGDA will be present there as well with its own stand on 1 & 2 October 2022.